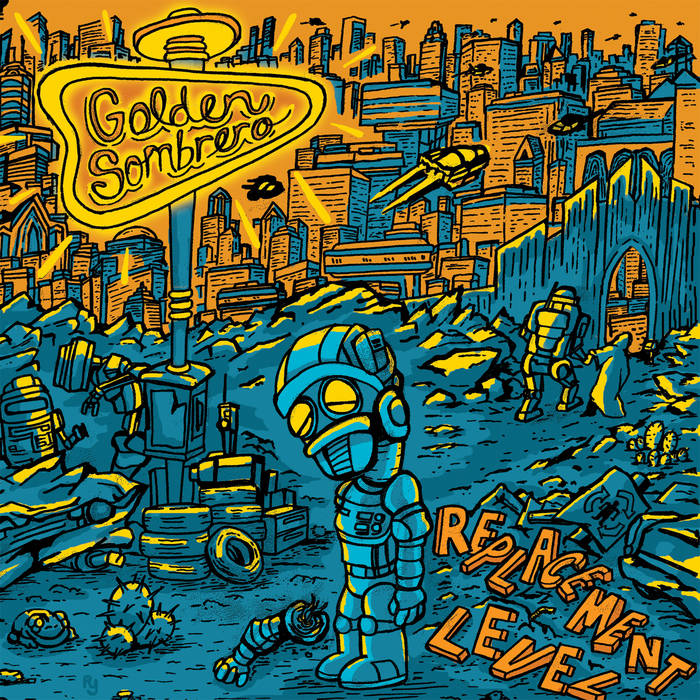 Golden Sombrero thanks the following for all your help along the way and into the future: all family, friends, and fans (which sometimes happen to be the same folks), Kelly Minnis, Matt Shea, Michael Scarborough, William Sullivan, Bassman Pep, Jason Smith, David Garrick, Renee Jonard, Rola Cerone, Jose Arredondo, Punk Rock Stacy, RBI Recording, James Hoelscher, Josh Ebsworth, Revolution Café and Bar (our original and still home), Alley Kat Bar & Lounge, Rudyard’s British Pub, Francisco’s Studios, The Ex-Optimists, A Sundae Drive, Race To The Moon (and their wives for repeatedly putting up with us), Jay Satellite, Brand New Hearts, Major Major Major, the rest of the B/CS Dirtbags, Michael’s old house on Nagle St., Free Press Houston, Space City Rock, 979Represent, previous band projects that taught us how to write and rock, and anyone who has ever stopped by to listen to a song or two before they decided we were too loud.

Bandcamp Daily  your guide to the world of Bandcamp